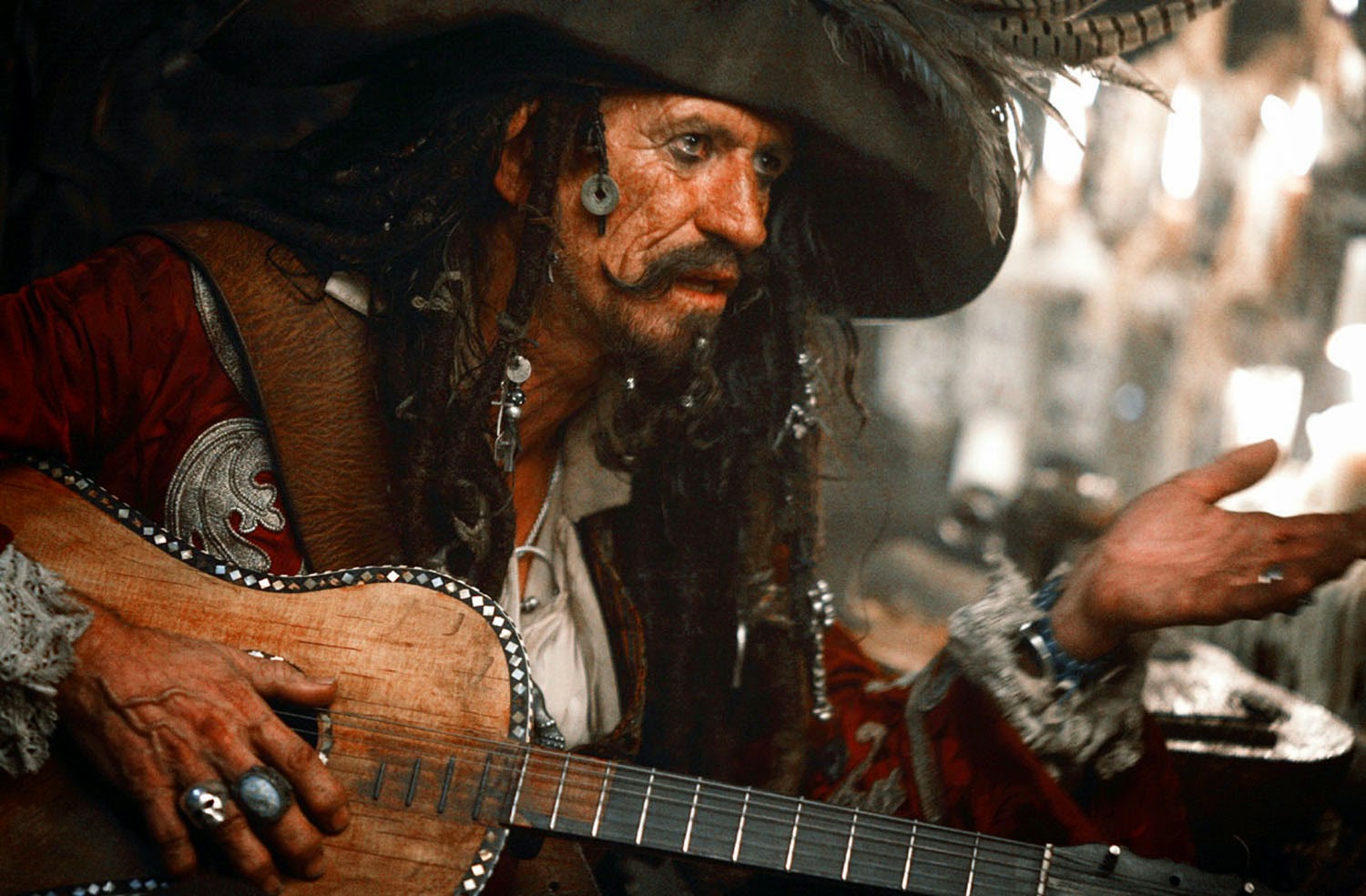 Pirate Profiles is back baby, and back with another scurvy pirate worthy of shooting, hanging or general dismemberment.  Today we'll be "profiling" Captain Teague, Keeper of the Code and father to the inglorious Jack Sparrow.  Who is Captain Teague (also called Edward Teague?)  We'll go a tad in-depth to find out. 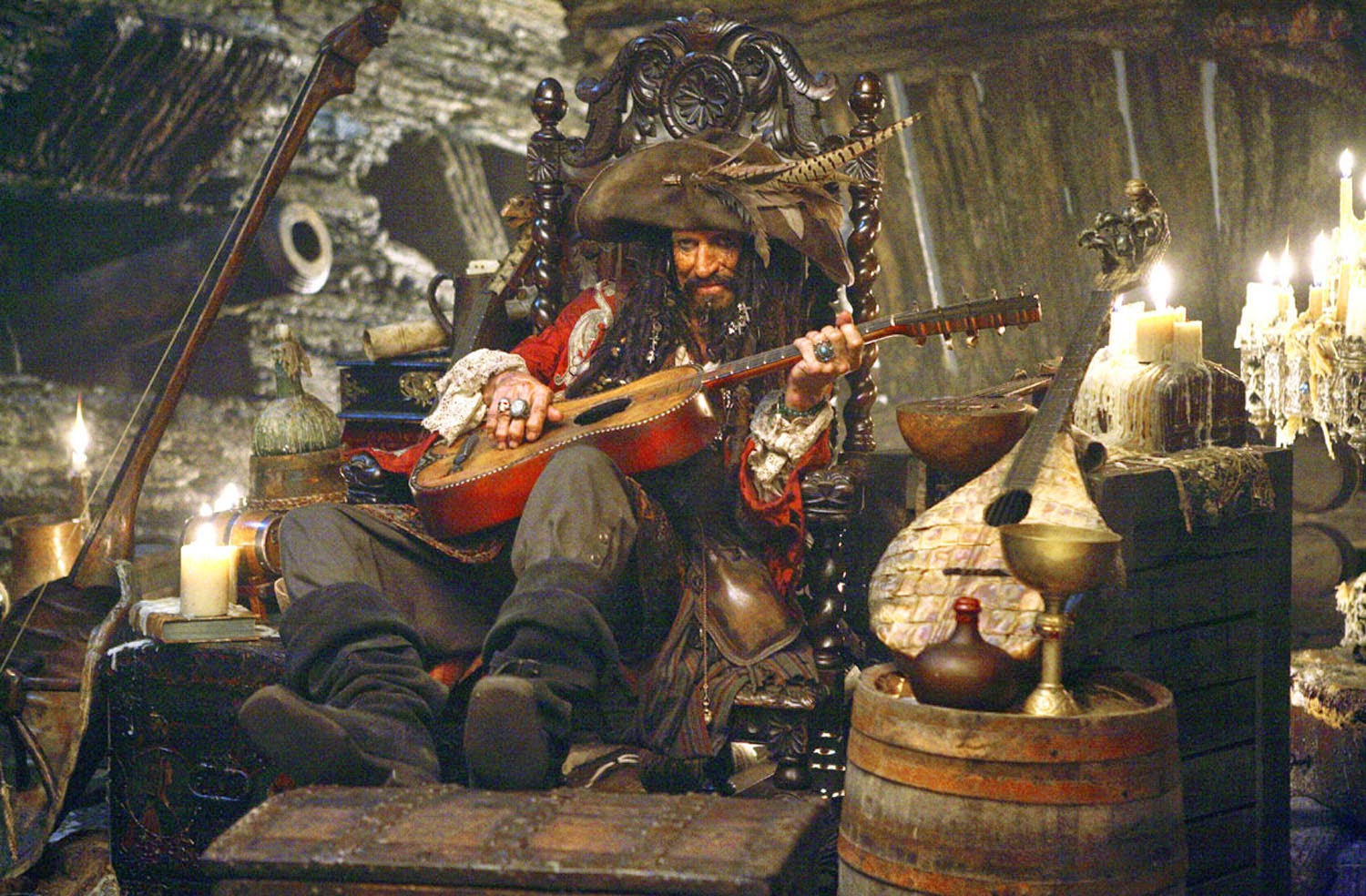 Captain Teague appears to be one of the more easy going sorts of Pirates, though he can become violent when his morals are encroached.  Most of the times he seems to just hang out in various taverns and coves, drinking and playing his guitar.  Despite his easy going manner Captain Teague is well feared and respected amongst the Pirate community.

His strong affinity for the Pirates Code, or Pirata Codex, shows that he has a moral fiber absent in the average pirate.  While most pirates see the code as "more like guidelines then actual rules," Teague will be liable to shoot someone for even suggesting a break in code. 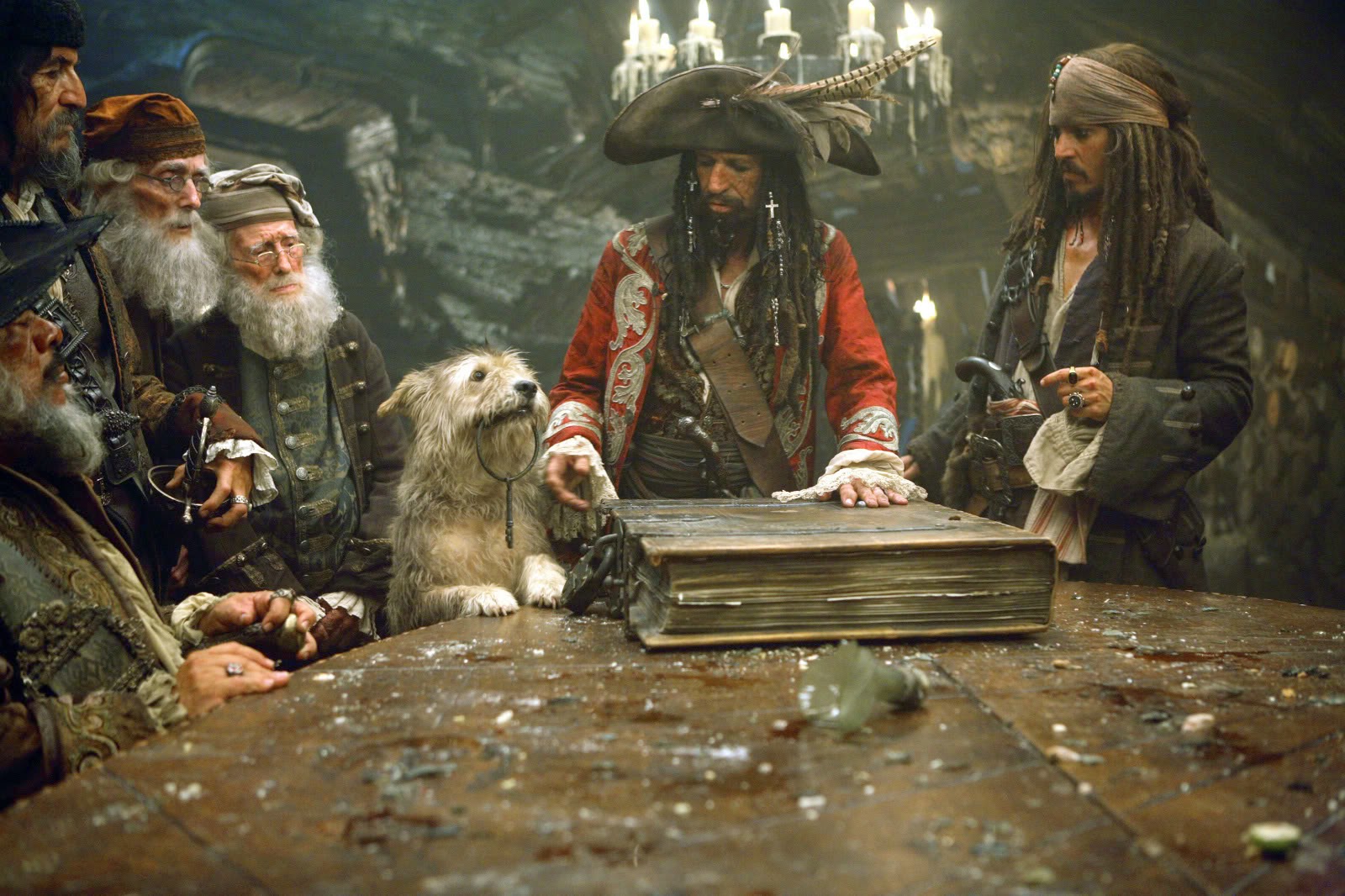 As already mentioned, Teague can play guitar.  He is shown as being a great shot and one who does not shy from more gruesome violence.  More significantly he is The Keeper of the Code, protects said code, and is well informed about it.

Edward's relationship with his son is on fair terms, despite the fact that he appeared to have shrunken Sparrow's mother's head.  He also shows a propensity for being able to vanish without notice or reason, and this skill is not explained.

Unlike many pirates, he shows that he is surprisingly literate. 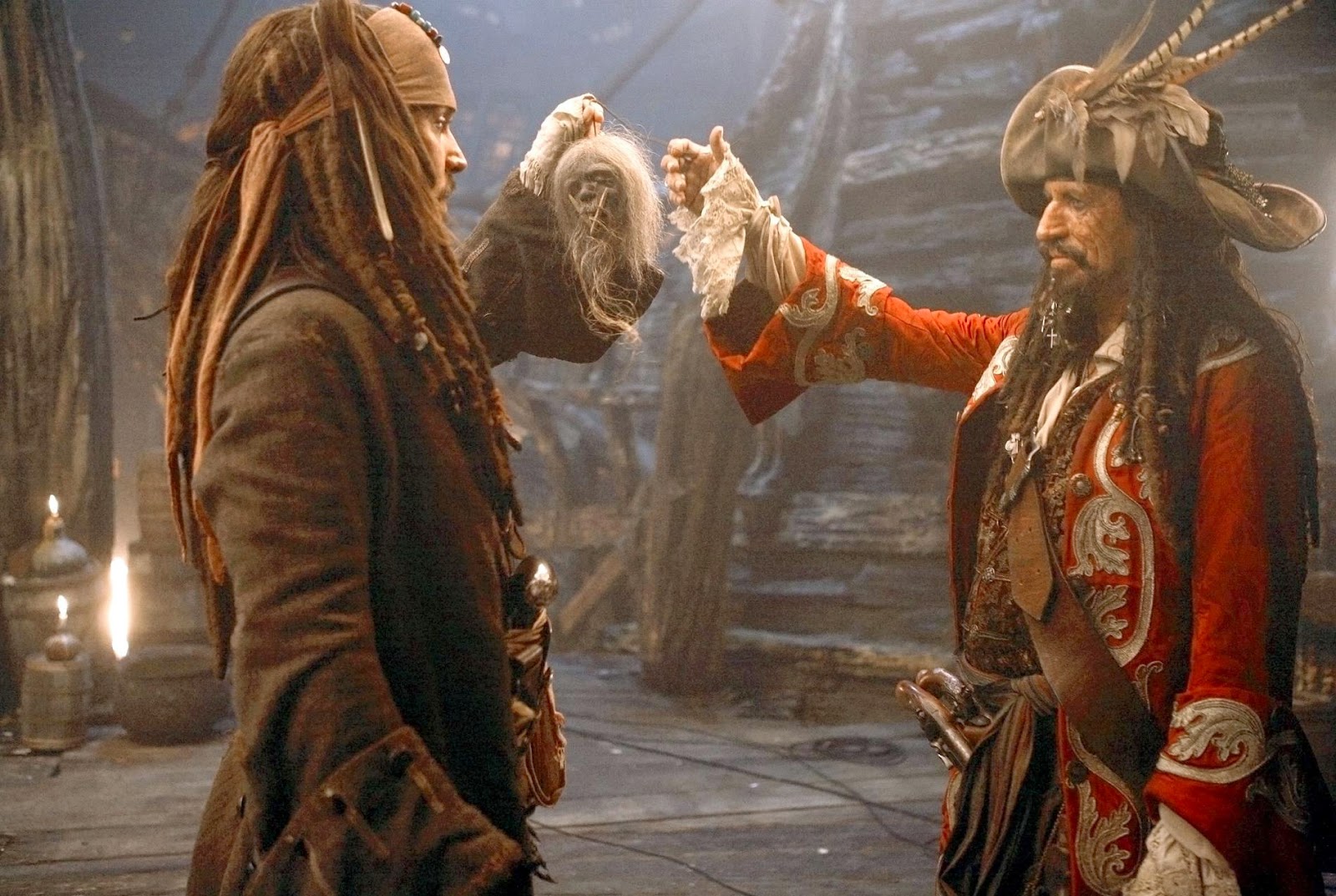 Some might say that his incredible devotion to the Pirata Codex would be a fault, but Teague would violently dissagree.  Some might also say that his laid back demeanor when facing harrowing situations.

His known family cnsists of JAck Sparrow (his son,) and a shrunken head (which is all that's left of Jack's mother.)  though he does seem to legitamately love his son, this seems to show that he has some serious faillings as a father and spouse.


Unfortunately Teague did not make it into this particular Pirate film.


Unfortunately Teague did not make it into this particular Pirate film.

In At World's End, the third entry into the Pirates of the Caribbean franchise, we are first introduced to Edward Teague as Jack Sparrows father and the Keeper of the Code.  It is thanks to his adamant insistance on keeping to said code that a pirate king is elected and pirate war declared against Beckett and Davy Jones.  He shoots one of Sri Sumbhajee's mates who suggest that the code be done away with in the instance of the fourth Brethren Court.


In the fourth Pirates flick, On Stranger Tides, Teague shows up near the beginning of the film to impart upon his son some fatherly wisdom, and tell him a few important things about The Fountain of Youth which is a major part of the film.  He also saves Sparrows life from a particularly surly British soldier, and displays his unexplained talent for vanishing.

This is a compilation of scenes with Teague from POTC3, but the best bit is in the first few minutes, when Teague shoots a man, and makes his grand entrance.

Pirates of the Caribbean 5? (Conjecture)

I see absolutely no reason for Teague to reappear in POTC5 considering the plot rumors and details that are floating around right now, but that doesn't mean anything.  There was no reason for his character to be in POTC4 either, but he was there anyways.  Honestly I wouldn't mind finding out more about this character and his relationship to Jack Sparrow.  Who knows?  Edward Teague could become an integral part of the Pirates of the Caribbean universe in POTC5!
Posted by Unknown at 9:53 AM

Email ThisBlogThis!Share to TwitterShare to FacebookShare to Pinterest
Labels: Not Pirate Quote of the Day, Pirate Profles, Teague